This Blog Has Been Reincarnated at NewYorkGreenAdvocate.com

Posted by Paul McGinniss at 7:08 AM No comments: 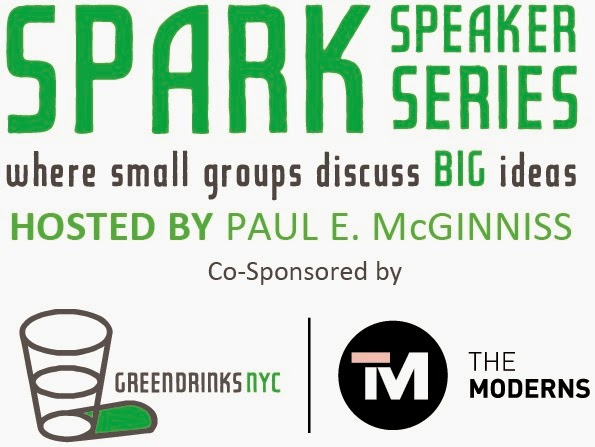 Posted by Paul McGinniss at 5:50 AM No comments:

Take a Hit of the Catskill Mountains: Must-See Doc Film, "To be Forever Wild", Gets You High on Nature

"To be Forever Wild" -- A Captivating, Poetic Film about the Castskill Mountains Takes You on a Trip You Will Want to Go on For Real

It's easy to give heartfelt kudos to a documentary film that loves its subject so much, especially when the film causes the entire audience to get a contact high while also falling in love with the subject. Such is the case with the intoxicating, cinematic love story about the Castkill Mountains of New York, "To be Forever Wild",  which celebrates the astounding natural geography and the area's passionate, diverse populace.  It may come as a surprise that the region retains a rugged and remote edge despite being only 2.5 hours in an EV plug-in hybrid from NYC. 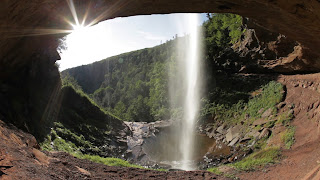 A magical shot of one of the many natural gems found within the Catskill Park Preserve.

The director of "To be Forever Wild" is charismatic David Becker, a young filmmaker who is a modern day John Burroughs meets Jack Kerouac.  He is a creative adventurer who seems to have tapped into the beat - the pulse of the Catskills and the Hudson Valley of New York.  At the 2013 Woodstock Film Festival, where the film-in-progress was first screened publicly, its cheery director and film crew received rousing applause.  The celebratory energy of the room was palpable.

Judging by the audience reaction, David is clearly well liked in Woodstock. It is no surprise as his film revels in the very region where it was shot.  His raw energy is as infectious as the landscape that has long inspired its inhabitants. 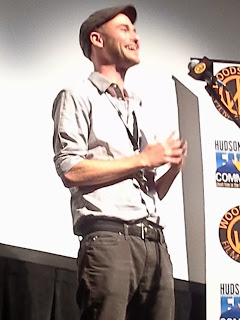 David Becker beams  following a screening of "To be Forever Wild" at the 2013 "Woodstock Film Festival."

It makes perfect sense that this locally-grown film premiered at the Woodstock Film festival. Known as the "Colony of the Arts", Woodstock, NY is located at the heart of the Catskill Region and David Becker teaches media arts at The Woodstock Day School.  The surrounding Catskill Park is also one of the nation's first nature conservation areas. Much of the native wildness of this area still exists once you get off road and into the approximate 300,000 acres of preserved land.  (And, this is exclusive of the hundreds of thousands of acres which are in private hands and undeveloped.) 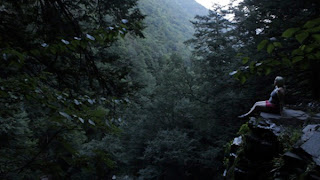 Parts of the Catskill Park still seem like a movie from a lost world.

"To be Forever Wild" was shot guerrilla style utilizing a dozen plus crew of thoughtful, creative souls of all stripes (including filmmakers, musicians, artists, writers) who assembled at a storybook locale called Platte Cove in a remote cabin once occupied by Jack London.  From this base they explored and captured the wild Catskills terrain and the people living in the region on film.

David Becker (front left) sitting with the crew for "To be Forever Wild" at Platte Cove in the Catskill Mountains.

The doc captures an astounding array of images of the Catskills which seamlessly weaves the natural landscape together with the colorful characters who live in the region. One of those characters featured prominently in the film is Ellen Kalish who works at a Wildlife Rehabilitation Center known as Ravensbeard.  The film sequences of her interacting with rescued birds were beautifully surreal.  One of the more memorable, poignant moments is a shot of Ellen releasing a bird which brings on bittersweet tears as the bird flies away, into the wild. 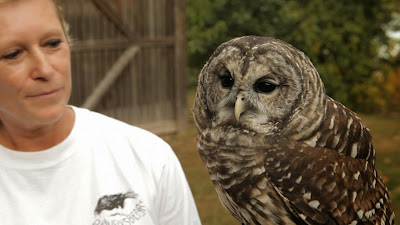 Ellen Kalish with an owl at Ravensbead Wildlife Center in Woodstock, NY.

Before seeing the film, I met long time Woodstock Film Festival attendee, two time Academy Award Winning filmmaker, Barbara Kopple, at the local Colony Cafe.  I discovered that Ms. Kopple brought David to the Catskills for the first time six years ago.  David was fortunate to have the chance to work and learn from veteran Barbara Kopple.  He recently coordinated the restoration and DVD release of Barbara Kopple’s landmark documentary, "Harlan County USA."  He also collaborated with Ms. Kopple on several nonfiction projects including "Dixie Chicks: Shut Up and Sing."

After seeing the film, I asked Barbara what she thought about David's work and she said:

" 'To be Forever Wild' is a film that explores how nature rejuvenates and inspires, telling the story of hikers, fly-fishers, artists --- all discovering the power of nature in their own way. These experiences put our modern life in perspective, eliciting that those who interact with nature become its biggest defenders." 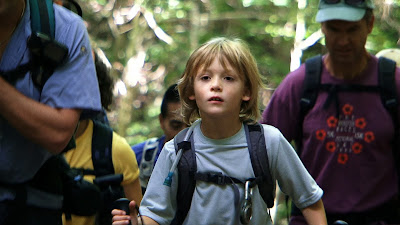 A Young Boy living in the Catskill Region who literally has "climbed every mountain" in the region and inspires us as we watch him hike one of the 34 High Peaks of the Catskill Mountain range.


By the end of inhaling this beautifully shot film, if you have not been to the Catskills, you will want to zip line there and experience the astounding natural landscape and connect with some of the interesting personalities captured in the film.

One of many swimming holes enjoyed by the crew of "To be Forever Wild."

But, with pro-active communities and eco-conscious, engaged citizens, teachers and filmmakers like David Becker and his crew, there is much reason to hope that the rugged lands just north and west of the great metropolis of New York City will stay wild and remain forever in conservation.


“Our research suggests to rely less on end-of-world scenarios and to emphasize instead the various ways in which our country – and our planet – has a rich and long history that deserves to be preserved,” says Hershfield. “By highlighting the shadow of the past, we may actually help illuminate the path to an environmentally sustainable future.”
Read more at http://scienceblog.com/68323/to-boost-concern-for-the-environment-emphasize-a-long-future-not-impending-doom/#FvlLFitBA00WKtE1.99
What's great about "To be Forever Wild" is that the film embodies this point of protecting the environment, but does not hammer you over the head with a save-the-environment message a la Occupy or 350.org style.  But I dare say, unassuming documentary films like this one will inspire as many people to become environmentalists as more hard hitting films like "The Big Fix", about the BP Deepwater Horizon oil spill, or the disturbing film, "Chasing Ice", about melting ice caps.

Don't get me wrong.  These environmental films are terribly important.  "The Big Fix" is a must see film.  "Chasing Ice" is one of my all time favorite documentary films.  It blew me away when I saw it at the 2012 Woodstock Film Festival.  But, small films like "To be Forever Wild" which capture the joy of engaging with nature can inspire and motivate environmental action in a more visceral way.

As I was finishing this post, I read an article on Science Blog entitled "To Boost Concern for the Environment, Emphasize a Long Future, Not Impending Doom."  New York University researcher, Hal Hershfield, was quoted: "Our research suggests to rely less on end of world scenarios and to emphasize instead the various ways in which our country and our planet has a rich and long history that deserves to be preserved."


Our research suggests to rely less on end-of-world scenarios and to emphasize instead the various ways in which our country – and our planet – has a rich and long history that deserves to be preserved,” says Hershfield. “By highlighting the shadow of the past, we may actually help illuminate the path to an environmentally sustainable future.”
Read more at http://scienceblog.com/68323/to-boost-concern-for-the-environment-emphasize-a-long-future-not-impending-doom/#FvlLFitBA00WKtE1.99
Barbara Kopple speaks of the importance of truly connecting with nature while maintaining a positive balance as we do it: "The most wonderful part of the film for me was seeing Director David Becker and his crew connecting with nature, comically braving the zipline, lugging equipment mountainside, and boldly treading new territory. This personal thread harmonizes everyone to the great outdoors and challenges us to brave the wild with a renewed respect." 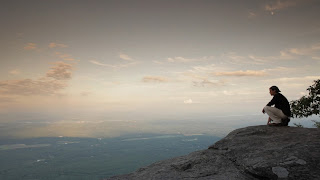 Check out the trailer for "To be Forever Wild" below.  If watching it doesn't make you want to turn off the computer or device you are reading this on and go out and find some nature, you should clearly consider some digital rehab.

Hey, Vimeo is great!  But a real life vista of uninterrupted wild, nature, a simple sunset or some water rushing down a hill, or better yet, a swimming hole carved into a prehistoric rock ledge helps relieve the stress and frantic energy caused by manic modernity while lightening and uplifting the soul.


To Be Forever Wild - Trailer from David Becker on Vimeo.

Posted by Paul McGinniss at 5:05 AM No comments: