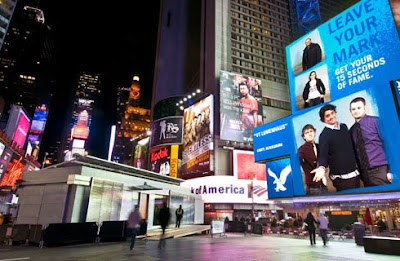 The LUMENHAUS at Times Square in NYC before it traveled to Madrid, Spain

The Virginia Tech Solar Decathlon team is flying like a high altitude wind turbine after winning the amazing European Solar Decathlon which just took place June 18th - 27th in Madrid, Spain. With 17 University teams from 7 countries (China, Spain, Finland, United Kingdom, United States, Germany), the competition to build the most efficient and clever zero energy home is a sister show to the United States Department of Energy Solar Decathlon which takes place every two years on the Mall in Washington, DC.

Virginia Tech's win comes after years of hard work and research. The school has participated in four previous Solar Decathlons including the U.S. Department of Energy Sponsored 2009 Solar Decathlon where the university placed only 13th with its entry. 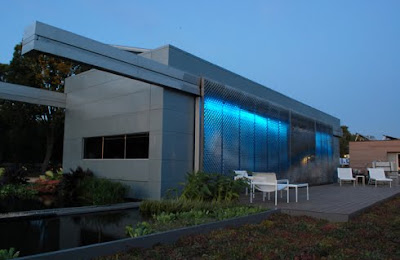 LUEMNHAUS on the National Mall in Washington, D.C. During the United States Department of Energy 2009 Solar Decathlon

When Virginia Tech took the top honors at the Solar Decathlon Europe awards ceremony last week in Madrid, Spain, they received a standing ovation. Teams from Germany won both the 2007 and 2009 U.S. Solar Decathlon, so it was great to see a team from America so honored while besting the German team and the other exciting, cutting edge, zero energy concept homes from around the world. This win by an American University is of particular importance for our country. The United States is behind the curve on use of renewable energy systems and there is a crucial need to encourage deployment of renewable technologies. Countries such as Germany consistently outperform America in both manufacturing and use of practical, affordable renewable energy systems for homes and buildings. The United States needs to be at the forefront of renewables both for economic and security issues. 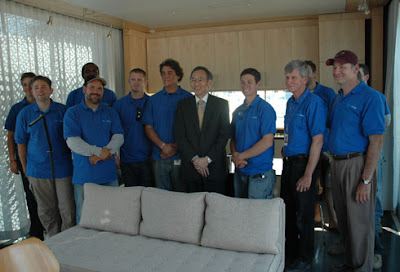 The Student Team from Virginia Tech with Secretary of the U.S. Dept of Energy, Steven Chu

The importance of the United States participating in and winning international competitions supporting renewable energy use in homes can not be overstated. Breakthrough Institute senior adviser and Stanford University professor, Teryn Norris, recently referred in an email blast to a new Time Magazine Special History Issue which reports that "clean power could be to the
21st century what aeronautics and the computer were to the 20th, but the U.S. is already falling behind. China, South Korea and Japan are set to invest more than $500 billion combined in clean technology over the next five years, while the U.S. is likely to invest less than $200 billion, and that’s assuming [current] clean-energy legislation makes it into law. Meanwhile, Congress remains largely paralyzed." 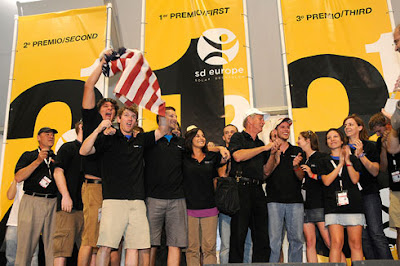 Teryn Norris, who is also Director & Founder of Americans for Energy Leadership,
goes on to state: "When the United States aims to overcome a challenge -- be it defeating fascism, leading the space race, or winning the Cold War -- we make a national commitment and invest the necessary resources. The federal government currently invests $30 billion per year in health R&D through the National Institutes of Health, and $80 billion per year in military R&D. Energy receives $3 to $5 billion -- less than our national expenditure on potato chips."

Over 190,000 visited "Villa Solar" where the student teams built the homes in Madrid. The European Solar Decathlon reported: "Today, the Villa Solar has closed its doors, after 10 days of competition, with the last award ceremony announcing the winner of the Solar Decathlon Europe. The house, LUMENHAUS, from the team from Virginia Polytechnic Institute & State University, has been pronounced the most efficient of the competition, and following it in second and third place, respectively, were the University of Applied Sciences Rosenheim and the Stuttgart University of Applied Sciences."

Below is information from Virgina Tech and the U.S DOE Solar Decathlon which details components of the Virginia Tech House:

The Virgina Tech team reports that LUMENHAUS was "Inspired by the Farnsworth House by Mies Van Der Rohe, and the house offers an open configuration which connects the house's inhabitants to the outdoors.

The interior and exterior of the house are joined together by a smooth transition when the Eclipsis System is open, contributing to a feeling of transparency. When the weather is nice, the windows can be opened to expand both the physical and psychological appearance of the space. The floor of the house doubles in size, and the southern and northern walls disappear to make the rooms seem as if they have no barriers or limitations. The multilayered wall-changing system allows for various forms of spatial organization and therefore different perceptions of the house. The central core plays an important role in allowing different configurations in the house's interior. 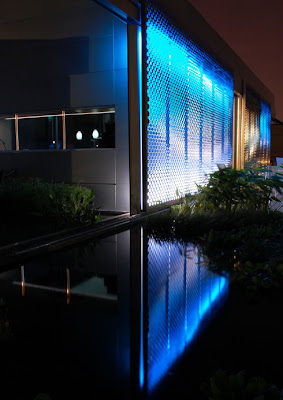 Each area of the house is set up for specific activities, but they are designed to be flexible and can be adjusted according to individual needs. For example, the doors within the central core incorporate the work area, storage and entertainment units, but may be shifted to close off the bedroom from the rest of the house in order to create a more private area. The kitchen can be transformed into a bar, and the dining table can be left outdoors during warm summer evenings. The modular design also means that the entire house is flexible and that multiple units can be connected or placed one above the other (connected by stairs) to create a house with 3 or 4 bedrooms.

From its construction to its transportation, the house employs responsive architecture and other similarly advanced technological features.

Radiating heat in the concrete floor

The rooftop photovoltaic system has the ability to vary its angle in order to maximize the efficiency of the power gained from the sun. It is controlled through a computerized user interface that can be connected to an iPhone. In fact, the user can control all of the functions, including the Eclipsis System, the photovoltaic system, the temperature, the electricity and the entertainment devices with the simple use of an iPhone.

Here are some links to news about LUMENHAUS on the green blogosphere:

From its inception, the creation of LUMENHAUS was documented in the ten-minute video produced by Summer Productions. Check it out: