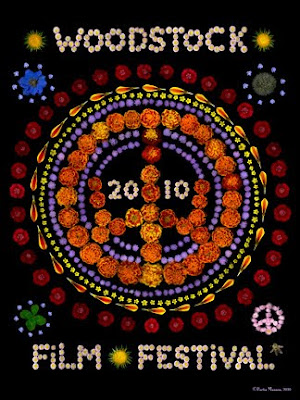 I was excited to attend the recent Woodstock Film Festival(WFF). I was also lucky to spend some time talking with Brian Geldin of Film Panel Notetaker and Brian Geldin Public Relations, the co-organizer of the "Environmentally Speaking" film panel. The panel gathered some of the film industry's leading voices to talk about the power of film to make an impact in the arena of environmental action. The event was moderated by Lydia Dean Pilcher, President of Cine Mosaic--a New York City-based production company. She is also the Chair of the Producers Guild of America Green Committee.

I met Brian initially at the Woodstock Film Festival's opening party which was held at the great local restaurant "New World Home Cooking". Ilene Marder, Communications Director of the festival, made sure Brian and I connected and had a chance to talk all things green. The panel he co-organized with the Woodstock Film Festival asked the questions: "Can film make an impact on how we take care of our planet? Do we need to be more environmentally responsible in how we make our films to get our messages across? Where is the intersection of making films about the environment and making films that are environmentally conscious?" 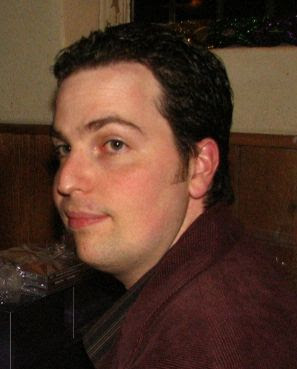 I asked Brian how the environmental film panel came about and he told me the history: "Last year, I programmed a similar panel called "How Green Was My Production?" at another film festival, The Royal Flush Festival in New York City, where I gathered filmmakers and green production experts to present case studies of films and TV shows that were greening their sets. While that was very informative, I felt as if there was much more to explore, so I approached Woodstock Film Festival Co-Founder and Director Meira Blaustein at the beginning of 2010 with my idea for "Environmentally Speaking: Improving Our Planet with the Power of Film" where we would focus on a broader discussion that involved both the delivery of environmental storytelling through documentaries and narrative films, and green practices and strategies to move toward carbon neutrality. Once moderator Lydia Dean Pilcher and the panelists were assembled, Lydia and I conceived the questions."

What was great about "Environmentally Speaking – Improving Our Planet with the Power of Film" was that, in addition to exploring how films can positively encourage audiences to be environmentally conscious, it also discussed how filmmakers, film productions and film festivals can be more green. One of the guests on the Woodstock Panel was Larry Fessenden who wrote a book in 1991 called "Low Impact Film Making: A Guide to Environmentally Sound Film and Video Production." Others at the panel included Katie Carpenter who is "a green production consultant and an award-winning documentary producer specializing in environmental subjects from climate change to bio-diversity." 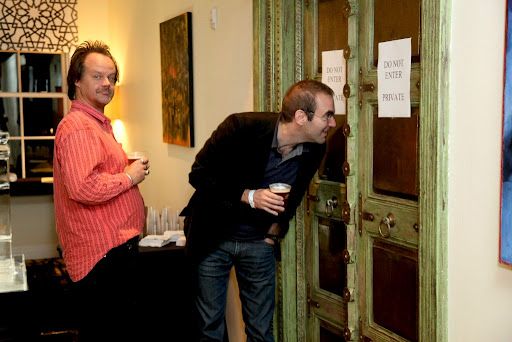 After the festival, I asked Brian Geldin what he got most out of the "Environmentally Speaking" panel. He reflected: "I had a good understanding of environmental issues and greening practices going into the panel, but I came out with much greater knowledge and a strong desire to become more active and involved in the green film community, especially in the area of film festivals, as that is where I am most involved. I would like to ask the Woodstock Film Festival to complete the Producers Guild of America Green Committee's "carbon calculator" to determine its carbon footprint, and then set goals for next year's festival to improve its environmental impact."

At the WFF, I also caught the film "Windfall" about the controversy in upstate New York over industrial wind turbines (think 400 feet tall) in rural residential settings. I also saw the fantastic film about Ray Kurzweil, "The Singularity Is Near", which explores our future and includes a mention of nanotechnology solar panels that will be super affordable and enable us to power our entire planet cleanly by the abundant rays of the sun. I'm writing about both films next month in "New York House" magazine so check out my November Columns of "Our Green Future" and "What You Don't Know." 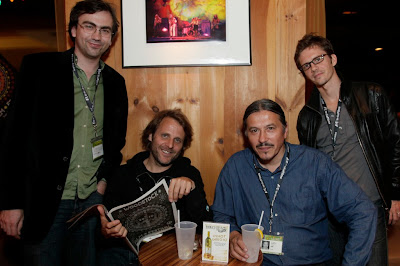 In conclusion, I have to mention that I wrote a previous post on this blog about Planet Green TV called "Saving the World By Turning on Your Television." So, the Woodstock Film Festival event, "Environmentally Speaking – Improving Our Planet with the Power of Film", was close to my heart.

I'm a big believer in the social and political power of eco cinema. I've personally witnessed how filmmakers whom I've met, namely Josh Fox of "GASLAND" and Josh Tickell of "FUEL", have made real impact by telling powerful stories through film and inspiring audiences in person at film screenings to take action to make change. Larger budget feature films, along with such documentary films and grassroots efforts, can also have a significant impact. "Erin Brockovich" (starring Julia Roberts) and "A Civil Action" (starring John Travolta) are but two examples of Hollywood movies that are extremely entertaining, but also serve as an awakening and a call to arms regarding serious environmental issues. Both were artful films that made me care about the characters as much the issue affecting their lives. Both actually managed to get me inspired AND motivated (angry even) to make people more aware about the true stories of criminal pollution such as those depicted in all of these films, and encouraging a holding of responsibility for corporate practices that harm the environment.

For an example of the best in powerful films making an impact, check out (below) the official trailer for the documentary film "CRUDE". (PLEASE click below twice and video will open full screen in new tab)


The documentary film "CRUDE" by Joe Berlinger tells the story of grassroots environmental action in the Amazon rainforest in Ecuador where 30,000 indigenous residents of the Amazon have sued Chevron over alleged contamination of the rainforest.
Posted by Paul McGinniss at 7:04 AM