EcoWatch: Uniting the Grassroots of the Environmental Movement

When Almost One Million Internet Users Sign a Petition to Say No to the Keystone XL Tar Sands Pipeline, You Know Something is Afoot!

This past week of environmental activism kind of blew me away.

After I read a post by 350.org on EcoWatch, "More than 800,000 Americans Tell the Senate: Stop the Keystone XL", I felt like we were indeed at a watershed moment. More like an eco-Tsunami.

How can one not feel something major has happened when you see Bill McKibben, 350.org founder, write:  ”The last 24 hours were the most concentrated blitz of environmental organizing since the start of the digital age." Wow.

This groundbreaking digital petition drive was organized by a group of more than 30 organizations and businesses with the goal of sending the Senate half a million messages in under 24 hours. Well, they surpassed their goal by hundreds of thousands of emails. Incredible.

And, you know this kind of organized, passionate response is going to grow even more. Next time it's going to be more than a million emails. AIDS activists said correctly: Silence=Death. I guess the environmental movement is far from dead.

As Josh Fox of Gasland fame wrote on Ecowatch this week: "We Won't be Silenced".

The braniac frackers on Capitol Hill made a huge mistake arresting you, Josh. Not just because it was unconstitutional, but because now there are many more of us supporting you!

When you see a coalition of grassroots environmental groups getting together and gathering so many email signatures so fast to tell our elected officials their opinion about anything, it shows all the power of our combined voices. I was one of those emails.

This all makes me think. Just because a herd sticks together or can be corralled does not mean it is a passive herd! It's a big loud "heard". Watch out world because those of us active in the environmental space, in many ways, feel like we are just getting started. You ain't seen nothing yet.

And, FYI: Ecowatch is the most amazing, must read information source about environmental issues. The founder/editor of EcoWatch, Stefanie Penn Spear, is one of my favorite people of all times. (And, we're both fans of NYC's Bubby's!) 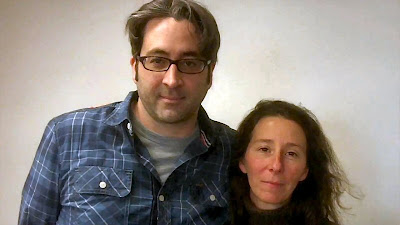