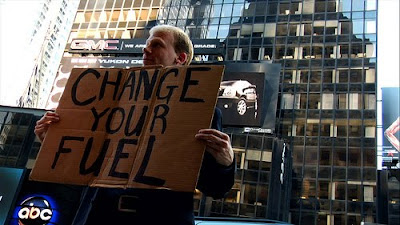 Back in the 1990s, Josh Tickell might have created the Veggie Van, an old Winnebago which runs on used fryer grease, but when he drove cross country in the colorfully painted van that smelled like french fries, he wasn't vegging out. He was on a quest to get America off its oil addiction and to promote green energy.

Ten years, several books and a film, "FUEL", later, Josh is at it again with his road tripping missionary work. This time he's traveling with actress and "FUEL" producer, Rebecca Harrell, and 9 other people. And, instead of having just the Veggie Van, they have a whole green caravan that includes an electric motorcycle and a bio-diesel-powered school bus. The latter, converted into a hi-tech classroom, also has a whole roof of solar panels. Leading the caravan, Josh, Rebecca and their trusty dog, Mr. Brown, cruise in the Algaeus--a Toyota Prius that has been pimped up with extra batteries and is fueled, in part, with gasoline that includes a blend of Green Crude, America's first Algae gasoline. 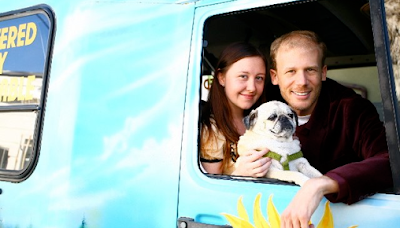 I spoke with Josh and Rebecca as they left Sacramento, California, the second city on the tour, heading toward the final destination, New York City. Their enthusiasm and sheer sense of inspiration wasn't close to being preachy and their concern for the environment wasn't so much doom and gloom as wishing for the moon and getting there Apollo 11 style. It was fun talking with them via cells phones as they traveled down the highway using bluetooth wireless, cameras filming them, in a one of a kind car with its own Algae gasoline stash, and their pooch, Mr. Brown, along for the ride.

I mentioned to Josh that they were a new version of the Merry Pranksters who traveled cross country in an old school bus as memorialized in Tom Wolfe's book "The Electric Kool-Aid Acid Test". Josh pondered the comparison with the Sixties road trip: "It's like Ken Kesey. But, we're driving 12 hours a day, having press conferences and film screenings in each city. This is the upgraded young America version of that trip."

And, it's true, unlike many creative radicals in the past who would have preferred to "tune in, turn on and drop out", Josh and Rebecca, despite the psychedelic- looking Veggie Van, are hardly about dropping out to find inner bliss. The passionate duo may be mirthful like the Merry Pranksters, but they're on a mission. As Rebecca said: "We have a very specific agenda. We want to wake people up. We want people to see the movie "FUEL". But, we want people to be empowered and to change the world from a place of enthusiasm and inspiration." 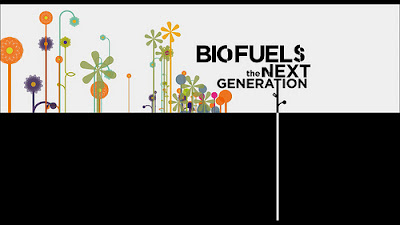 Photo from the FUEL film

Naturally, being filmmakers, Josh and Rebecca are making a film about their trip across country that will end with a planned, grassroots campaign in Manhattan's Time Square. The goal, they say, is "to jump start the Green Revolution."

The famous anthropologist, Margaret Mead, once said: “Never doubt that a small group of thoughtful, committed citizens can change the world; indeed, it's the only thing that ever does.”

Yes, people like Josh Tickell, Director of "FUEL", and Producer Rebecca Harrell, along with a handful of people driving cross country, can change the world. And, they are. Yet, it's a difficult journey. Josh reflected on all of the years of hard work that lead to this moment as the green vehicle caravan headed towards Reno, Nevada to meet up with Governor Jim Gibbons: "It's hard to save the World all by Yourself."

FUEL opens in NYC on September 18th. Please click here to buy tickets. In NYC on the evenings of Sept 18th, 19th and 20th there will be special premier screenings where you will meet the FUEL director and producer and special guests. 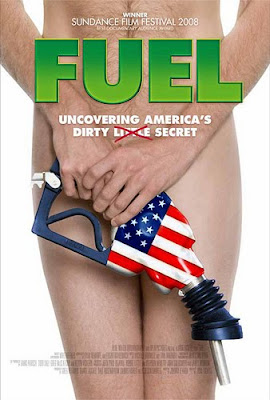 Posted by Paul McGinniss at 8:34 AM