Saving the World By Turning on Your Television

How Visionary TV Executives Like Laura Michalchyshyn, President and General Manager of Planet Green, Are Helping Us Entertain Our Way Into Giving a Damn

With the Natural Resource Defense Council(NRDC) as one of Planet Green’s content partners and advisors, it’s hard not to think Planet Green isn’t up to a little bit of advocacy. The cable network and web site are, after all, self described as “a multi-platform media destination devoted to the environment.” When I asked Laura Michalchyshyn, President & General Manger of Planet Green, how she draws the line between advocacy and entertainment, or, even if you have to draw the line, she said: “We are primarily – we are a television network. Our primary mandate is to entertain and create programming that people want to watch. So, that is our goal.” 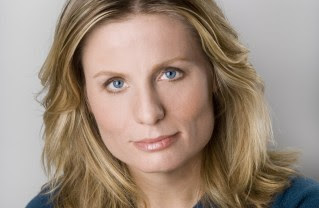 But, I have the sneaking suspicion Laura and the Planet Green cable channel is up to more than just entertainment. Then again, maybe it is JUST entertainment i.e. entertainment about doing justice to the earth--an earth which has taken somewhat of a beating in the past few centuries and is now going through a world-wide environmental awakening the likes of which have never been seen before. 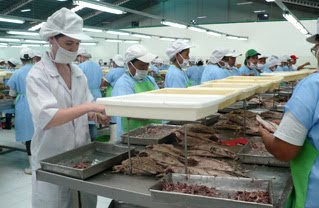 Picture from the Planet Green Show “Blood, Sweat and Takeaways.” In the show, “six young, fast-food junkies embark on a grueling month-long journey into a world they know nothing about to discover the tough truth behind their fast food fixes.” The show states: "If you spent a month finding out the truth about your fast food habits, would you be so quick to guzzle them?"

I originally met Laura at the inspiring 2009 Daily Green Heart of Green Awards where she won the “Influencer” award. So, clearly, it’s not just me who thinks she’s trying to influence something. And obviously, Laura has the support of Planet Green’s parent company, Discovery Communications, which announced in 2008 that it had established a multiplatform environmental initiative and created partnerships with ten of the world’s leading non-profit environmental organizations and advocacy groups: Ashoka, Earth Pledge, Earthwatch Institute, Environmental Media Association (EMA), Global Green USA, Global Inheritance, National Wildlife Federation (NWF), Oceana, Ocean Conservancy and The Nature Conservancy. The intent was for these groups “to work with Discovery’s Planet Green on a broad range of activities and initiatives including grassroots community outreach, public affairs and content creation. “

Planet Green has a commitment to documentary programming
and serves as a platform for independent filmmakers needing
exposure.

When I queried Laura further about how she views her mission as a television executive, she elaborated: “In answer to your other question about advocacy – we are honored to help many of these groups that are either in the environmental space, the activism space, the change space, the progressive space. They are affiliated partnered or advisors and, in some cases, producers of content. And, what we have is the great privilege of being able to tap into them on a case by case basis. One example was our project "Blue August" where for the whole month of August, 2009 we launched a whole initiative about water issues – clean water whether its rivers or lakes or oceans. We had the Cousteau kids, Phillip and Alexandra Cousteau, who are the grandchildren of Jacques Cousteau and are kind of spokespeople for the oceans. We had NRDC. We had all these groups as part of the exercise, as part of the initiative.” 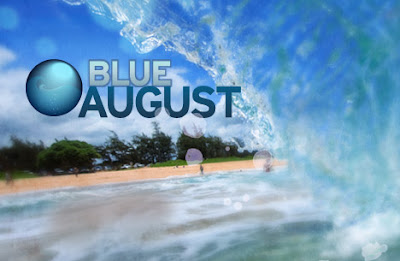 Blue August was a whole month of programming on Planet Green this past summer that focused on the health of our planet's water.

It’s refreshing to think that the goals of corporate television programming can be combined with the goals of societal and environmental benefit. Knowing that Planet Green is also a sister company to the blog/web site, TreeHugger.com, I guess we can safely say this green TV - web site hybrid isn’t simply Corporate Social Responsibility. Rather, it’s Corporate Social Media Responsibility at its best.

Laura went on to excitedly explain the unique synergy Planet Green is creating with outside groups. “What is great about our vision and our mission is that we really are about passionate people who are doing forward thinking things that make change. So we are a forward thinking network. We are a network of the future. We are a network about forward activity whether it’s in design or fashion or environmental issues...whether it is science, technology, innovation. So, we have expanded the programming filter to say we are not just about the environment. We are more than that. We are really about looking at the future, about how we live on this planet and our affect on this planet.” 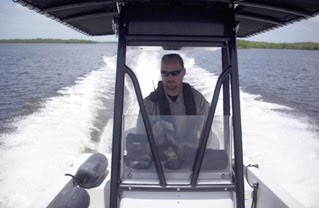 Still from the show "Operation Wild" which follows colorful members of the Florida Fish and Wildlife Commission as they encounter all sorts of crazy people, places and things in their efforts to keep Florida’s environment in order.

Anyone with any sense knows, if you want to make people change, you can’t hit them over their heads. You have to get inside their heads. You can’t make them feel bad or guilty. You can’t lecture them and act smarter than them. With a clever mix of programming and consistent messaging and with some of the content done in collaboration with the prestigious non profit groups mentioned above, Planet Green’s proactive environmental messaging might just seep into viewers heads and make some real change. 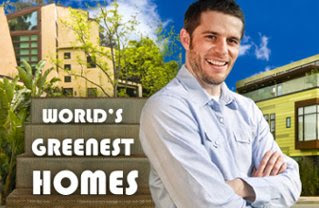 The show "World's Greenest Homes" follows host John Bell as he gives us tours of the most sustainable, yet luxurious, homes around the globe.

Despite mixing the message into the medium, it was clear from having so much fun speaking with Laura that one can be effective without any heavy handed proselytizing. There’s nothing more tiring than an advocate of any sort who can’t mix some charisma and good chemistry into their cause. I gleaned a sense of mischievous fun from Laura when I last met her during a recent party for the launch of the web site, shft.com. (The latter, too, has an eco consciousness.) Whether in person or on the phone during this latest interview, Laura effuses the energy of someone who loves her work and mission. She makes you feel how privileged and lucky she feels to be in the wonderful position she is in. Clearly, if you go along for a ride on her journey, it is going to be filled with inspiration and good times.

Laura sums up with her characteristic enthusiasm: “I think what’s important is Discovery – at Discovery our mantra is satisfying curiosity. And, I really think we approach every thing we do from that kind of mantra--whether you are our channel or one of the sister channels or our family of channels. So, Planet Green really is about that. How do we live a different life? How do we live in a manner that is better? We are using that saying a lot. What is the better way to live, not just greener, but better?”

In Summer, 2009 Planet Green broadcast the World premiere of the documentary produced by the NRDC called “Acid Test: The Challenge of Ocean Acidification” which was narrated by Sigourney Weaver. Watch this stunning and powerful film below.