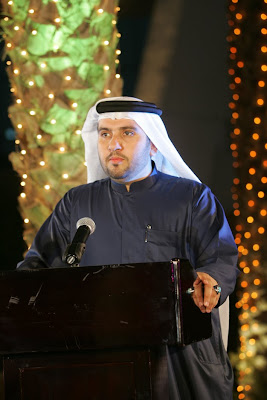 From Hollywood to Dubai, jet setting, thirty-something Sulaiman Al Fahim has cast quite an image for himself in the past few years. And, with plans to do an affordable green real estate project in NYC, he might be a name we hear about in New York City more often.

Lately, he's been big news all over Great Britain as he is involved in the takeover (via his Al Fahim Asia Associates Ltd. and a Saudi investor) of the English Premier League soccer club in Portsmouth. Al Fahim was well known in England before that as he was also initially linked to the recent buyout of the Manchester City soccer team when he acted as figurehead for the buyer, the Abu Dhabi United Group.

In 2006, "Arabian Business" magazine named Al Fahim one of the 100 most powerful Arabs. This past spring he was chosen from the leading real estate figures in the Arab world and named President of The Arab Union for Real Estate Development (AURD). This is the first trade association of its kind for the region's real estate industry, encompassing 22 Arab countries. AURD is affiliated with both Arab League, Council of Arab Economic Unity, and ICREA (International Consortium of Real Estate Associations).

There's more to Sulaiman than sports teams and real estate. I first became acquainted with him while attending the International Renewable Energy Organization's (IREO) second annual event at the United Nations in New York City this past summer. Sulaiman is a supporter of the IREO. He is also the good will ambassador and benefactor of the United Nations NGO, Intergovernmental Institution for the Use of Micro-algae Spirulina Against Malnutrition, IIMSAM. The goal of IIMSAM is "to help create a world that is free of malnutrition and hunger." It was organized to support the United Nations Millennium Development Goals. Specifically, IIMSAM "aims to mainstream the use of Spirulina to eradicate malnutrition, achieve food security, and bridge the health divide with a special priority for the developing and the least developed countries." 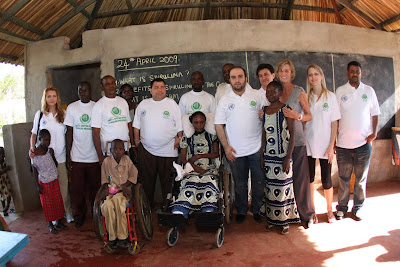 Sulaiman Al Fahim (to right of woman in wheelchair) in Kenya as part of his Micro-algae Spirulina Against Malnutrition efforts.

When I spoke to Sulaiman recently, he espoused his desire to "bridge relations between Arabs and Americans." He stated that "Green does not have to mean expensive. It can be affordable." He spoke about a project he wanted to develop in Puerto Rico that involves a green hospital and green affordable housing for the workers. Besides using green construction materials, he said his objective is to grow spirulina (algae) on site and use it as a bio fuel to run the hospital. Sulaiman summarized: "We are combining healthcare and housing in the same development. It's not just real estate: it's community."

I'll surely be covering what Sulaiman Al Fahim is up to in NYC as it unfolds. With all the strife going on in the world, it's encouraging to think that there might be some creative dialogue between Arab nations and the United States about mutually beneficial real estate investments and projects, especially if it also involves community based affordable green housing.

It makes perfect sense that a pathway to real peace and stability in the world could revolve around the building blocks of green building. What better way to lay the foundation for world cooperation than with real estate, especially real estate that can benefit not only powerful international investors, but also real working communities.

Investments in working class communities across the globe are sometimes overlooked for flashier, higher-profile projects. Too often these working communities are separated from other similar communities in other countries, creating miscommunication and misunderstanding. Joint green affordable housing initiatives between the Arab world and the United States could create mutual ecomomic benefit and common goals that establish long lasting cultural understanding.