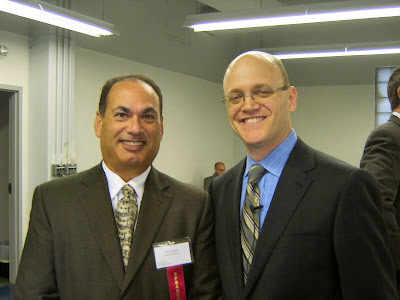 ScheinMedia is parent company of Kingston-based "New York House" magazine. The monthly periodical is a widely-respected, real estate-focused publication founded in the Hudson Valley region and now covering the NYC Metropolitan area as well. It is distributed throughout the Hudson Valley and New York City.

The conference opened with a Keynote delivered by Ned Sullivan, President of Scenic Hudson--the largest environmental group in the Hudson Valley. It was apropos to have an environmental group lead off the conference which gathered a wide cross section of eco-minded attendees sensitive to finding the balance between growth and sustainability. The audience included real estate developers, builders, renewable energy companies, government officials, media and others from the entire Hudson Valley region--the Counties of Albany, Rockland, Orange, Sullivan, Putnam, Westchester, Greene, Ulster, Columbia and Delaware. The event will surely help further the crucial agenda of creating both sustainable communities and jobs in the Hudson Valley area.

The conference was held, appropriately, in Kingston at Tech City--a sprawling, 260 acre, office-industrial park with 2.5 million square feet of existing buildings. Tech City was once an important office and manufacturing base facility for IBM. When the corporation left Kingston in the 1990s, it left behind a facility burdened with inefficient design, set apart from the surrounding community and in an accelerated state of decline. Today, due to the valiant efforts of Allen Ginsburg and his team, Tech City is in the initial phase of a much needed and massive green face lift. 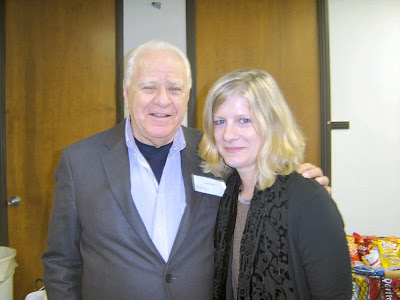 Tech City has generated plans that will essentially take what was a white elephant and establish a whole green neighborhood. Tech City says it "will create a mixed use eco-village that is a model for green development – a place where people can live, work and play – and a true showcase for the future of economic development." If realized, Tech City could become a model for adaptive reuse.

With all that is going on with green building and renewable energy, Tech City is at the right place at the right time. Tech City is already home to the Solar Energy Consortium (TSEC) - a group that has already secured millions in state and Federal funding to promote research, production and distribution of solar energy systems in New York State. Tech City is also home to some of the leading firms in solar technology including EarthKind Energy, Inc. The recent Solar Thermal Roadmap Symposium was also held recently at Tech City. This is yet another sign that committed regional players with vested interest in the area, groups like ScheinMedia, the TSEC, and the New York Solar Energy Industries Association, will be using Tech City for other events on a regular basis.

Some of the people I met at the conference were the folks from New World Home, makers of energy efficient modular green homes, green roof company
Semper Green and Big Green Oil which sells heating oil comprised of 20% bio fuel made with locally sourced waste grease.

For a full list of attendees and detailed conference information click on this link to Schein Events. 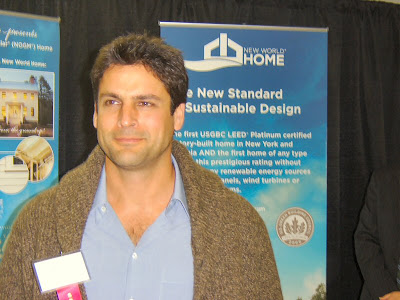 The Hudson Valley Green Real Estate Development Conference is proof that green real estate development and local renewable energy production and installation will play a major role in the Hudson Valley economy. Like many less-developed areas near large urban centers, the Hudson Valley is struggling with the dual goals of preserving the natural beauty of the region while creating new jobs and a healthy economy. Conferences like this lay groundwork for a public-private dialogue that will help balance growth with preservation while retaining current businesses and residents in the region as new talent and investment is attracted to the local economy.

NOTE: Paul is a columnist and Green Advocate for "New York House" magazine which is part of ScheinMedia. He also writes sometimes for ScheinMedia's MetroGreenBusiness.com