New Orleans as a Phoenix: From Disaster a City Grows Wings and Is Reborn

With A House That Floats, Zero Energy Neighborhoods & Whole Communities Designed With The Collaboration of Artists, New Orleans Could Become a Model of How to Take Tragedy and Turn it into a Down to Earth Jazzy Sci Fi Green Success Story Instead.
by Paul McGinniss 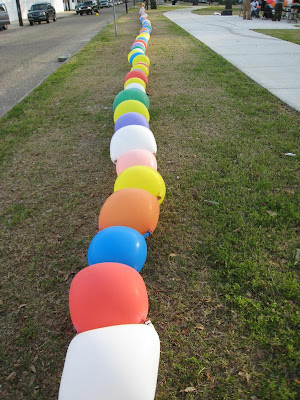 Image from St. Roch Art Walk project in New Orleans. Integrating an art walk into sustainable building is part of the redesign of the entire St. Roch neighborhood.


Everyone knows the horror that was Hurricane Katrina. It showed us how terribly unprepared many cities are for natural disasters. Reassuringly, many creative forces from all walks of life have come up with ways to not only rebuild a devastated city, but out fox future problems that Mother Nature might throw our way.

Einstein said: "We can't solve problems by using the same kind of thinking we used when we created them." In the same spirit as Einstein, three groups working in New Orleans are developing green building and design projects that demonstrate new, holistic, hi-tech thinking. People across the country have joined forces with inhabitants of New Orleans to not just rebuild what was lost, but to grow a new neighborhood dynamic that incorporates the old roots of a historic city into futuristic green growth. 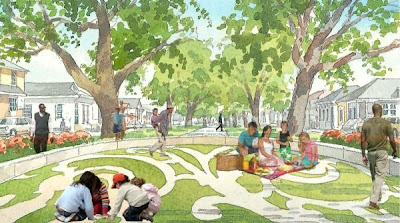 New York-based Architect, Drew Lang, is one of the visionaries behind The Faubourg St. Roch project in New Orleans. A nine block neighborhood is being redesigned. Lang is the principal of Lang Architecture and is from New Orleans. He knows the city as an insider. Post Katrina, Drew initiated the Faubourg St. Roch Project which is meant to revitalize an entire neighborhood. His firm also designed a home that was selected as a finalist in the Global Green USA Sustainable Design Competition for New Orleans, co-sponsored by Brad Pitt and Global Green USA. (see info below about Global Green and Brad Pitt's Make it Right foundation)

The Faubourg St. Roch project mission states: "The Faubourg St. Roch Project is committed to a holistic revitalization of the St. Roch neighborhood in New Orleans. With community participation, new building, restoration, advanced environmental technology, through partnerships with other non-profit groups, with progressive energy policy work, and with spirited conviction, we will create a model and catalyst for neighborhood revitalization in New Orleans."

The Faubourg St. Roch Project operates in partnership with a dozen groups including the Arts Council of New Orleans and the Office of Recovery and Development Administration. They are working with residents, architects, artists and landscape designers to revitalize varied neighborhood components including historic homes, a cemetery, a market and a school. 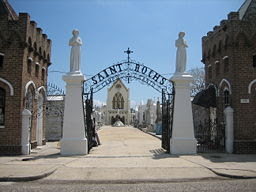 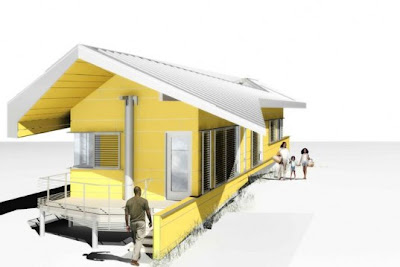 Image of Float House which is a prototype for affordable, green housing that can be mass produced for flood-prone areas.


Brad Pitt's Make it Right Foundation is engaged in a variety of initiatives in New Orleans including greening schools and rebuilding the 9th ward of the city. One of the coolest things Make it Right spearheaded is the creation of the Float House which can fulfill its own water and power needs during emergencies and survive floodwaters as high as 12 feet. The house was designed and developed by Morphosis architects and graduate students at UCLA’s School of Architecture and Urban Design. It is the first floating house permitted in the United States.

Make it Right is thankful for all the help they have gotten from people around the world: "From its inception, the Make It Right project relied on the good willed generosity of acclaimed local, national and international architects who donated their cutting-edge designs for single family homes and duplexes that could be considered as projects to be built in the lower 9th ward. Twenty-one architects have now given their time and talent to make the Make It Right site the largest congregation of smart-design homes created by different, award-winning architects working on the same project."

Global Green was founded in 1994 by activist and philanthropist Diane Meyer Simon. It is the American arm of Green Cross International (GCI) which was created by Mikhail S. Gorbachev, last head of state of the now former U.S.S.R. Gorbachev was one of the best things to come from the breakup of the Soviet Union and actually deserves credit for making the Hammer and Sickle fall in the first place. Because of his openness to new ideas and ways of thinking, Gorbachev was instrumental in enabling Perestroika--an economic, political and social restructuring of the entire Soviet society.

Gorbachev founded Green Cross International during the wonderful historic period of Perestroika "to foster a global value shift toward a sustainable and secure future by reconnecting humanity with the environment." Global Green USA, like the groups working on projects described above, is doing so many amazing things in New Orleans that it's too much to summarize for this blog post. Since the August 2005 devastation of Hurricane Katrina, Global Green USA "made a dedicated commitment to sustainable building in New Orleans and the Gulf Coast." In doing so, they have become a research lab and information center for the world. Among other programs, they are developing a green affordable housing community and are working on greening schools throughout the area under the auspices of their Holy Cross Project.

Working in collaboration with Brad Pitt's Make it Right, Global Green USA helped to coordinate the New Orleans Sustainable Design Competition during the summer of 2006. More than 125 entrants competed to design a net zero energy, affordable housing and community center development in the Holy Cross neighborhood of the Lower 9th Ward. As mentioned, locally-grown architect Drew Lang was one of the amazing finalists. Be sure to look at all the entries.

Check out the entries to the New Orleans Sustainable Design Competition and what Global Green USA has been doing in New Orleans since then. 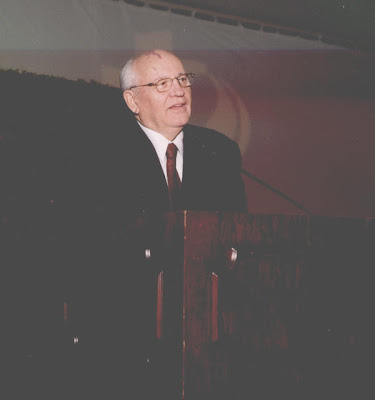 
Yes, Katrina was a tragedy. But, as the Buddhists say, "life is tragedy". It's sometimes a fact of life so we might as well do some good zen planning and prepare for potential problems by being healthy--mentally and physically.

In original Greek, tragedy defines a disastrous event, a calamity, or a series of terrible events. In this context, tragedy implied there would be some kind of greater understanding gained by the tragic figures. By experiencing the tragedy, they were taught a lesson. Greek Tragedy was intended to mean rebirth. In the end, for the Greek masters of tragedy, a tragedy was not so much bad news as a means to understanding and recreating the consciousness that led to the mistakes made in the first place.

Katrina was a Hamlet-like moment for America--a time when our leaders' blindness and faults caused much pain and suffering. But, in the end, perhaps that Hamlet-like moment will bring back a romantic comedy--the Mardi Gras that was New Orleans--even better than it was before. 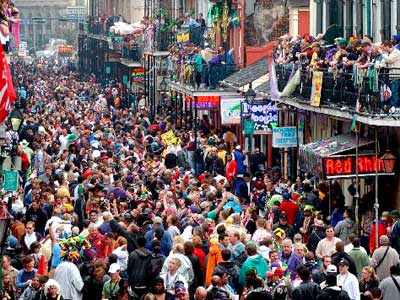 
See the Video below: "Moments and Markings" about the St. Roch Art Walk and Neighborhood Revival in New Orleans

Posted by Paul McGinniss at 9:13 AM