Green Drinks NYC Founder, Margaret Lydecker, Inspired by Those That Came Before Her 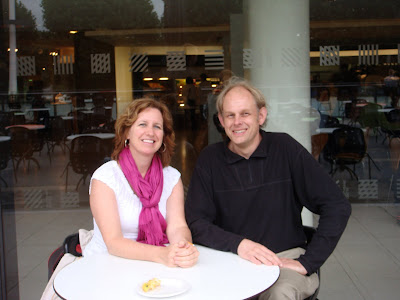 Riding high on the waves of yet another incredible, event-filled year, Margaret Lydecker, founder of Green Drinks NYC, is ready to take on 2010 with the same energy and enthusiasm with which she is ending 2009. Like famed oceanographer/explorer Sylvia Earle, the honored guest at the Green Drinks NYC 2009 Holiday event entitled "Our Oceans", it doesn't look like Margaret is having green fatigue either.

"I've followed Sylvia Earle for years", Lydecker enthused with excited admiration when I spoke with her recently as she was putting the final plan together for the "Our Oceans" event. Margaret proclaimed: "She is one of my top 5 environmental heroes. I call her my SHEro."

Margaret founded Green Drinks NYC almost a decade ago and since then she has become an unofficial ambassador for Green Drinks around the world. She has advised others who want to start chapters in Cities and Towns in both the U.S. and on other continents. In the past year's globe-trotting, she has attended Green Drinks from Seattle to Beijing to Amsterdam. One of her favorite moments abroad this year was the opportunity to share a drink with Edwin Datschefski who started the world's first Green Drinks in London, England in 1989.

I had the chance to speak further with Margaret about Sylvia Earle's participation in the special programming planned for "Our Oceans". Margaret believes Sylvia's multi-media presentation will inspire others as she has been inspired by Syliva to be active and engaged. Margaret told me she wants to be even more of an activist for environmental issues as time moves forward. This was eye opening for me to hear for Margaret has long been involved with promoting environmental issues. She can hardly be considered a couch potato when it comes to environmental activism. Margaret continued, reflecting on 2009: "This year I've gotten more concerned with the state of the planet. The role of Green Drinks for me is changing, could change. I'm changing. Leaning toward advocacy and being more political. Engagement, more physical engagement has to happen." 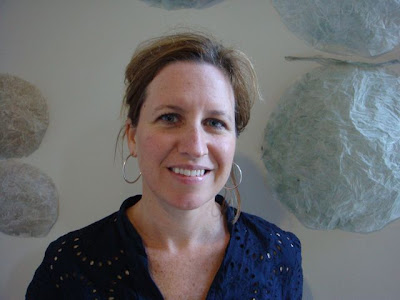 Margaret Lydecker, Founder of Green Drinks NYC, at the First Ever Green Drinks USA Summit in Seattle, Washington, Fall of 2009

Since the Green Drinks Holiday event in 2008, Margaret began to focus Green Drinks events by championing one topic at each event. Her goal is to bring to New York leaders in different fields, like Sylvia Earle, to give real life testimony and connection to what is happening with the environment around the world. Last years 2008 Green Drinks NYC Holiday event was called "Island to Island". New Yorkers heard first–hand accounts from representatives of Palau and Tonga about how climate change is already seriously affecting their island nations. They warned how rising sea levels resulting from global warming will soon effect many other coastal areas including New York City. Margaret emphasized: "People are already being relocated. There's really not enough attention about this. That these nations are now affected -it's not something in the future. It's something happening now." She continued: "I have such admiration for environmental groups like Greenpeace, because they are out on the front lines saying NO you can't have that whale. Someone needs to stick up for the environment for the benefit of everyone." 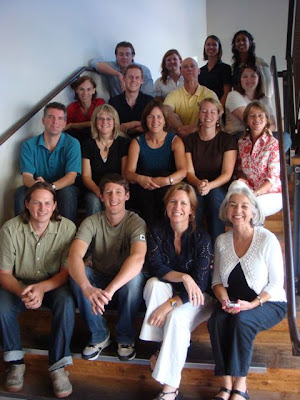 In this activist vein, the beginning of "OUR OCEANS" is set aside for a talk and video presentation by Sylvia Earle and presentations by other guests including Carl Safina, President of Blue Ocean Institute. The event will also benefit Citizens Campaign for the Environment which is involved in protecting sea areas on the East Coast of the USA. With guidance from Sylvia and groups like The National Resource Defense Council, Green Drinks NYC identified this local non-profit to benefit. So, not only will attendees be enlightened by Sylvia Earle, but our region's local waterways can possibly benefit from their participation in the event. Margaret explained: "Sylvia Earle will talk about the big picture. She will mention hope spots in the sea she wants to create - areas of protected environment in the oceans. Citizens Campaign for the Environment, which is also part of our "OUR OCEANS" event next week, is looking at beautiful areas on the east coast - sea canyons that need protecting, that can also become hope spots."

We will surely be hearing a lot more from Green Drinks NYC in 2010. This is one New Yorker who is looking forward to more events that are not only fun and socially engaging, but also highlight subjects of real consequence and feature leaders in the environmental movement.

For information about next week's Holiday party, "OUR OCEANS", featuring Sylvia Earle please click on this link to Green Drinks NYC.